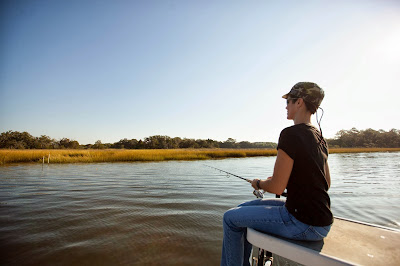 If you're an AdWords agency you'll be giving your customers regular reports on performance, and if you're tracking conversions, those reports will include conversion numbers and probably total conversion value.  So, if you produce your reports monthly, do you run around frantically on the 1st of each month preparing a stack of reports then breath a sigh of relief when they're all emailed out?

If so, you may want to rethink your reporting process and perhaps make your 1st of the month a little less stressful from now on.

Sometimes a person will click an Ad, visit the website then buy the product advertised almost instantly but a lot of the time - and varying from business to business - this doesn't happen in such a rapid "one click -> visit -> buy" process.  Certainly as product values increase the path to a decision to buy usually becomes longer; most of us are going to think a lot longer about buying something for $600 than we are something that's only $6.  For these higher value - or simply more "thoughtful" purchases - the path to final conversion will most likely include multiple clicks and multiple visits over many days.  Fortunately, AdWords has a handy report that'll show you exactly how long this path is for your Account; the Time Lag report, found under the Search Funnels section of the Conversions page.

Here's a shot taken from one of my Accounts, covering a period of the past three months: 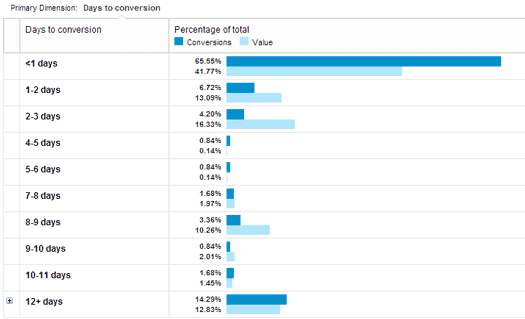 So, if I'd prepared my report for this company on the 1st of the month, I am very likely to be missing conversions and value.  In this particular case (a low volume/high value product) those few "missed" conversions could have a substantial impact on ROAS (Return on Advertising Spend) for the reported month.  In preparing this post I checked the above Account on the 1st November, then daily (or so) up to today.  On the 1st, the Account reported 40 conversions for October.  By the 7th November it was reporting 42 conversions, by the 15th, 43.  OK, not a massive change, but one of those 3 "late" conversions was a sale that represented almost 15% of the conversion value for that month.

Don't forget these "missed" conversions will not appear in the report for the following month.  AdWords attributes conversions to the date of first click so if the click happened in October but the actual final conversion occurred in November, a report for November will not show that conversion.

How important the Time Lag factor is to your own Accounts will depend upon their nature.  I've seen Accounts where over 90% of conversions (number and value) occurred within 1 day of first click and 98% within 2 days; for Accounts like this preparing reports on the 7th or so of the month will probably be fine, but for Accounts with data similar to what I've shown above, I usually don't prepare reports until at least the 20th of the month.  It's also a good idea to issue "quarterly" reports that allow for a much longer period.  For example, I might prepare a Q3 report around now.

If you're using Analytics as your conversion tracking, then this issue is less troublesome since Analytics, by default, uses a last click Attribution Model.  However, if you're looking at the data imported into AdWords you need to bear in mind data can be 48 hours or so delayed in transferring across so you're still not really safe reporting on the 1st.

So, if you're in the habit of producing monthly reports on the 1st, it might be an idea to re-examine some of the figures...